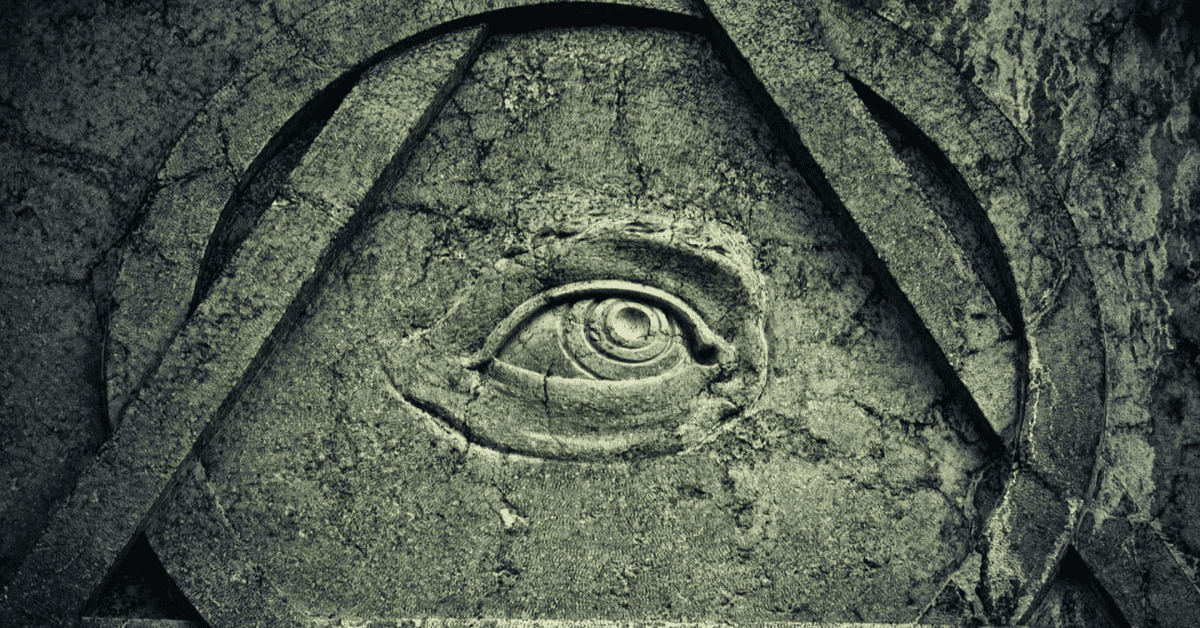 The concept of secret societies has been around longer than we can imagine. The idea that powerful figures in the shadows are controlling the world around us, has been popular in all corners of the world.

From the Knights’ Templar, a military order that made it their duty to protect Christians during the crusades, to the Freemasons, who seem to sneak their way into every corner of American history, there is just no other group that seems to pique the interest of others, quite as well as a secret society.

But out of all of the secret societies out there, there is one that is so sinister, yet so intriguing, that it continues to be the subject of conversation on almost every conspiracy site out there. Have you heard of the Illuminati?

Who was the Illuminati?

Most widely associated with the all-seeing eye at the top of the pyramid, the symbol for the Illuminati has taken many forms over the years. But what many people do not know, is that the original group used the Owl of Minerva as its symbol. As a symbol of wisdom and knowledge, as was the Roman goddess of wisdom, Minerva.

Of course, other than the symbol, there are also many things that most of us probably don’t realize about the Illuminati such as, it was a real group, less than five hundred years ago.

During the time of the monarchy, royalty often abused their power and used their religion as an excuse to persecute those that did not share their same beliefs. Especially in Europe, where Royalty was very common during the 1700s.

Therefore on May 1, 1776, a man named Adam Weishaupt decided enough was enough, and he created a secret group called The Order of the Illuminati. The group was born in an area called Bavaria, which is now a part of Germany.

Due to the abuse of power that was rampant in the state and church, Adam created the group as an opposition to government and religion’s influence on society and culture.

He wanted to create a safe space for people to openly criticize the government, debate with others, and express their god-given right to free speech.

Seeking to expand his way of thinking, Adam went on to recruit five law students at the school he taught at, the University of Ingolstadt. With the names of the students and every other official member being unknown, most of the public’s focus was on the professor himself.

Being a professor of canon law at the college, it made sense that he was not fond of religion having such a large hold over people and their minds. He wanted to infiltrate the powerful institutions of his state so people could live in a world of equality and freedom.

However, the more people he recruited, the harder it became for him to control his group. And soon, much more radical ideas made their way into the group.

What Happened to Them?

While the central idea of the Illuminati remained mostly the same, the methods it used became more controversial for that time period. With many members now encouraging the group to overthrow the government and abolish the church, it didn’t take long for them to establish a system of informants and spies.

These members were used to gain information on influential members of society and use it to exploit them.

The true number of members is unknown since the Illuminati was never supposed to be discovered. It is estimated that more than 2,000 people joined the group across multiple different countries.

But just as soon as it spread to France, the group was shut down. Authorities had managed to crack down on them and even discovered that Adam Weishaupt was the creator. After his untimely reveal, he was banished from Bavaria, and not much is known about him or his life after this.

It really is hard to believe that they were discovered, with how paranoid and careful they seemed to be. For example, the group initially did not trust anyone over the age of thirty, and even refused to recruit them at first.

Then when someone did join, there was a lot of information they were required to produce about themselves that included; the names of their ancestors, their family and friends’ names, and the names of those they considered their enemies.

As mentioned earlier, the members never used their own real names though, despite providing literally everything else about their lives. The leader, Adam, was only referred to as Brother Spartacus, and the rest of the members were divided into groups. These groups were the novices, minervals, and illuminated minervals.

The Illuminati isn’t the only group that planned to overthrow the government and spread out among members of society. The first one is the New World Order, an extension of the Illuminati group.

However, unlike the Illuminati, there is no evidence that this group has ever existed. The New World Order is the name for a supposedly secret emerging totalitarian world government, with all of the power in the hands of Illuminati members.

Another one similar to this group, with hardly any evidence to prove its existence as well, is the Bilderberg Group. A secret group of elites from all around the world is believed to be the most powerful society to have ever existed.

Unlike the New World Order, this theory emerged from actual meetings between powerful people that have happened many times in both the United States and the United Kingdom.

The group that we saved for last is the one most similar to the Illuminati since there lies the evidence that it existed at one point, and actually, you may just recognize this particular one. Do you remember Cicada 3301?

If the name sounds at all familiar, then you’re on the right track, as it isn’t the first time they were discussed on this podcast. Many episodes ago, we dove deep into who this group was and their impact on modern culture.

As a brief reminder, Cicada 3301 was an anonymous group that took the internet by storm a while ago with their mysterious and mind-bending puzzles that seemed to lead all over the world.

Those that managed to finish were supposedly asked to join their group, but there were many clashing stories on what happened if you managed to finish the puzzle. Theorists out there then proposed the idea that it was a recruitment project used by secret international intelligence agencies.

There are many people today who believe that the Illuminati never truly disbanded and that many members continued to meet in secret and have spread across the entire world today.

The people that believe this, also believe that they were responsible for many large-scale events that have happened throughout history. Some of these include the French Revolution, the assassination of American President John F. Kennedy, and even the terrorist attack of 9/11 that killed thousands of people in New York City in September of 2001.

Even minuscule things, such as President Thomas Jefferson was once accused of being a member of the group, even though there was no evidence whatsoever. So, is there any proof?

Well, it just so happens that a recovered letter from 1789 may be the answer. It was written by President George Washington, and in it, he described the Illuminati in detail and addressed them as a threat. Then, there are some more modern incidents that theorists like to use as hard evidence as well.

Take, for example, celebrities. One of the biggest theories is that many of them are members of the Illuminati, and were replaced with clones. It is a bit out there, but there are some videos that do make the idea seem a little less crazy.

Searching youtube, you can find clips of celebrities all of a sudden just zoning out, and having seemingly robotic smiles on their faces. While there are most likely logical explanations for these occurrences, it definitely sends chills down your spine.

The Effect on Modern Culture

With a subject as popular as the Illuminati, it’s no surprise that it has taken the media by storm. With books and movies about it coming out left and right, the subject has quickly turned into one of entertainment.

For example, one of the most famous thrillers out there is The Da Vinci Code. This story mirrors the purpose and the effect the Illuminati had on society. It describes an underground group that guards an important secret, and if it came out the world would never be the same.

However with all of these adaptations out there, many people quickly forget that it was once a real group, with real people, and it involved real consequences.

While it may be thrilling, we must remember that it originally stemmed from people feeling so oppressed by their government, that they felt the need to meet in secret in order to express their opinions.

The Curse of the Bridgewater Triangle